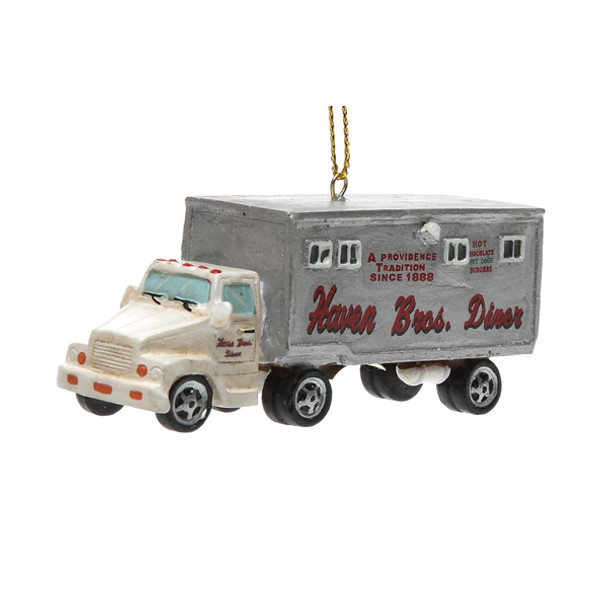 In 1888,Anne Philomena Haven (1842--1912), a widowed immigrant, founded the diner business with the proceeds from her husband Patrick's life insurance policy. The "lunch cart" (as the family called it) was purchased in Worcester, Massachusetts. It was originally a horse-drawn wagon. Anne's daughter, Catherine Gannon, and Catherine's husband Dennis Gannon continued to run the diner with the help of their young sons William Gannon and John Gannon. Dennis continued to run the business until he sold it to his daughters, Catherine, Anne, Tibertus, and Marian. The Haven family finally sold the business in 1953 to the Mollicone family, and later owners included Jack Ferry, and currently, the Giusti family.
View AllClose

MSRP:
Now: $24.99
Was:
The Narragansett Towers, designed by McKim, Mead & White, constructed between 1883-1886 at the core of the thriving resort, where it instantly became the centerpiece of social activity...

Three All The Way Hot Weiners